Michael earned his B.S. from Florida State University, with a concentration in Finance and Accountancy.

Jeff was earlier Chairman and CEO of U.S. Trust, where he started his career in 1970 and served as President and Chief Operating Officer before he was appointed CEO in 2001 and Chairman of the Board in March 2002. In 2003, he joined Lehman Brothers as Chairman and Chief Executive Officer of Lehman Brothers Trust Company and remained with the firm through 2007.

Jeff is the author of the book, Rich in America: Secrets to Creating and Preserving Wealth. Prominent in industry activities, he is a former Chairman of the American Bankers Association’s Trust and Investment Management Division. He is also actively involved in a number of community organizations in Florida and New York. He serves on the boards of several charitable organizations and acts as Chairman of the Board of the Hebrew Home at Riverdale in New York.

Aldo is a Managing Director and Portfolio Manager at the Palm Beach office of Evercore Wealth Management, delivering global investment management to families, foundations and endowments.

He joined Evercore Wealth Management in 2018 from U.S. Trust, Bank of America Private Wealth Management, where he served as a managing director and senior portfolio manager. Prior to joining U.S. Trust in 2007, Aldo served as the chief investment officer of Crestmark Investment Management in Jupiter, Florida, and worked as a financial advisor at GenSpring Family Offices in Palm Beach. He was also previously an assistant professor of Applied Finance and Accounting at Palm Beach Atlantic University.

He joined Evercore in 2018 from U.S. Trust, Bank of America Private Wealth Management, where he served as a senior vice president and senior trust officer. Prior to joining U.S. Trust in 2007, he oversaw fiduciary and investment administration at the Palm Beach office of Brown Brothers Harriman & Co.

Ross has a B.S. degree in Business Management from the City University of New York. He holds the Certified Financial Planner and Certified Trust and Fiduciary Advisor designations. He is also a member of the East Coast Estate Planning Council.

Enough, but Not Too Much: Raising Independent Children in an Affluent Environment

END_OF_DOCUMENT_TOKEN_TO_BE_REPLACED 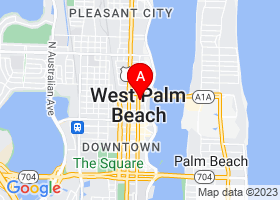 You can download our brochure from the link - Brochure 2013.